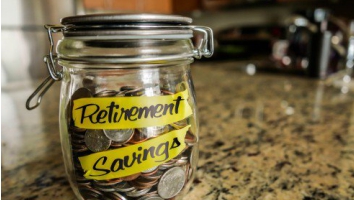 While reforms have been met with resistance, tax benefits will encourage South Africans to save.Changes to the tax treatment of provident funds, introduced as part of broader retirement reforms in 2015 by National Treasury, have once again been postponed because of the need for further consultation.

Changes to the tax treatment of provident funds, introduced as part of broader retirement reforms in 2015 by National Treasury, have once again been postponed because of the need for further consultation.

In terms of the reforms, provident funds will be treated the same as pension and retirement annuity fund requiring the annuitisation of benefits. This has been met with resistance, specifically from trade unions.

The change means that on retirement, members of provident funds will only be permitted to take up to a third of the retirement benefit as a lump sum and the remaining benefits should be preserved.

This will only be applicable to contributions made to a provident fund after the implementation date, which will most probably now only be March 1 2019.

The initial date for implementation was March 1 2016, which was postponed to March 1 2018.

Rosemary Lightbody, senior policy advisor at the Association for Savings and Investment South Africa (Asisa), says the consequence of the postponement is simply that provident fund members who would have had to preserve (annuitise) two thirds of their lump sum benefit upon retirement, will not have to do so until March 1 2019.

“Asisa holds firm the view that the annuitisation of retirement benefits is in the best interest of all South Africans and does not believe that the postponement of this requirement is in the interests of provident fund members,” she says.

Cosatu has previously stated that no government has a right to unilaterally decide for workers, how and when to spend their retirement savings.

Lightbody says she understands the reasons for the postponements. “Many people rely on receiving a lump sum from their provident funds for various reasons. The unions, in particular, want to understand how the annuitisation of provident funds will fit into the entire social security reform package.”

Discussions on the Social Security Reform Paper at the National Economic Development and Labour Council (Nedlac) are at a very early stage, and it is clear that they will not be concluded in time for March 1 2018, says Lightbody.

National Treasury says in the draft Taxation Laws Amendment Bill, published last month, the latest proposed postponement to March 1 2019 is because discussions on the social security policy document are still underway in Nedlac.

Beatrie Gouws, vice chair of the personal tax technical workgroup of the South Africa Institute of Tax Professionals, says the negotiations regarding social security reforms have obviously not gone as quickly as anticipated. The postponement is – in the absence of the comprehensive social security document – understandable, she says.

Changes which were implemented last year include the harmonisation of the tax deductions on contributions to retirement funds.

Faeeza Khan, legal marketing specialist at Liberty Group, earlier noted that if one contributes to a retirement fund – whether it is a pension or provident fund or retirement annuity – one will get a tax deduction based on the greater of remuneration or taxable income.

Khan explains that the allowable tax deduction is now capped at 27.5% of whichever is the greater (remuneration or taxable income). Contributions beyond R350 000 per annum will constitute disallowed contributions.

“The majority of individual taxpayers’ only source of income is remuneration (a salary with no additional income such as rental or dividend income). Taxable income is the amount left after all the exemptions and allowable deductions are subtracted from gross income.”

If remuneration or taxable income is not greater than around R1.2 million the 27.5% or R350 000 per annum cap will not be exceeded. Most South Africans will be well within this cap, so it is quite a generous offer to encourage people to save, she says.