Cruel accrual? An important judgment for taxpayers in the property development industry

It is an established tax law principle that an amount will form part of a person’s gross income, in the year of assessment in which the amount accrues to that person. However, as illustrated by a recent judgment, where property-related transactions are concluded, the parties must consider whether s24(1) of the Income Tax Act, No 58 of 1962 (Act) applies to their agreement. 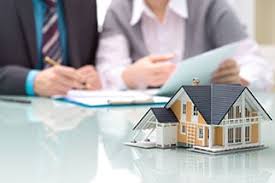 On 20 November 2018, the Supreme Court of Appeal (SCA) handed down judgment in the matter of Milnerton Estates Ltd v CSARS (1159/2017) [2018] ZASCA 155 (20 November 2018). The SCA had to consider whether Milnerton Estates Ltd (Taxpayer) had to include the purchase price of immovable properties sold in its 2013 or 2014 tax year of assessment. The Taxpayer was appealing against the Tax Court’s judgment, which court found that the purchase price of the properties accrued to the Taxpayer in its 2013 year of assessment, even though payment was only received in its 2014 year of assessment. We reported on this judgment in our Tax and Exchange Control Alert of 14 July 2017.

In terms of each agreement, the Taxpayer could only give possession of the property to the purchaser once it had obtained the approval of the local authority, to permit the passage of vehicular traffic on the completed roads in the development. In all 25 cases, the local authority’s approval was obtained before the end of the 2013 tax year, although in some cases possession was only given in the subsequent tax year. At the end of the 2013 tax year, the Taxpayer had not yet transferred the 25 stands to the purchasers. Therefore, it omitted the purchase price of each of the stands from its gross income for the 2013 year of assessment. However, SARS contended that in each instance, the purchase price had accrued to the Taxpayer in the 2013 tax year, or alternatively that it was deemed to have accrued to the Taxpayer in terms of s24(1) of the Act. It therefore issued an assessment in terms of which the Taxpayer was taxed on an amount of R6.8 million.

This article first appeared on cliffedekkerhofmeyr.com.