‘Widespread hostility’ to foreign tax as potential costs are scrutinised

Sait says the proposed scrapping of the exemption should be postponed. 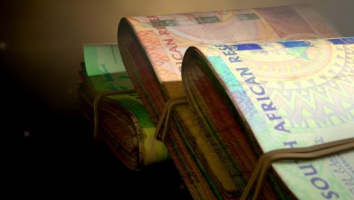 The South African Institute of Tax Professionals (Sait) has requested an economic analysis on the potential impact of the scrapping of the foreign employment income exemption.

The institute says the proposed scrapping should be postponed until there is a proper understanding of the effect on business, the labour market, and the South African economy.
In terms of the proposal in the draft Taxation Laws Amendment Bill, the exemption will be repealed from March 1, 2019.

Beatrie Gouws, vice chair of Sait’s personal tax committee, says in a submission to National Treasury that the direct cost of the increased tax burden, which will be borne by employers as a result of the repeal, is likely to have a significant impact on their bottom line.
“Particular concerns are possible retrenchments, the continued competitiveness of South African business in the continent, and of South Africa as the ‘Gateway to Africa’.”
Gouws says they have noted “a widespread hostility” to the proposed repeal of the exemption as suggested. “Employers and employees are very upset about the potential added costs, risks and compliance burden involved.”
Currently South Africans who are working abroad receive tax-free foreign income if they meet certain criteria. Treasury has described this dispensation as “overly generous”.
The Expatriate Petition Group was established to ensure proper consultation and informed decision making will take place before any law change is made.
The group has made a lengthy technical submission to the parliamentary standing committee on finance.
“We earnestly beg that such a significant change in policy should only be proceeded with, once the full economic impact thereof is properly considered and weighed against the policy reasons on the upside of this change,” the group says.
Jerry Botha, managing partner at Tax Consulting and technical advisor to the group, says there are many South Africans who work internationally, not by choice, but as a simple means of supporting a family back home.
This includes work on sponsored infrastructure projects, foreign government projects, charitable work and security-related industries. There is often no tax payable in the foreign location.
“Branding these expatriates as not paying tax anywhere is a simple misunderstanding of how these projects work.”
He says in many instances special tax dispensations are agreed upfront. South African workers will be placed at a significant competitive disadvantage where a tax cost layer is added, says Botha.
Ruaan van Eeden, MD of tax and exchange control at Geneva Management Group says as a basic principle, South African tax residents are taxed on worldwide income, irrespective of where the income is earned or where the remuneration is paid.
The foreign employment exemption brings an element of ‘fairness’ or ‘balance’ to the taxation of income earned offshore, provided certain requirements are met, says Van Eeden.
“However, with the global drive to avoid situations of so-called double non-taxation, the blanket repeal of the exemption will inevitably result in unfair positions for many South Africans working abroad in jurisdiction that tax equivalent remuneration at levels lower than South Africa.”
Unless the individual ceases tax residency in South Africa (formally emigrates), the worldwide basis of taxation will continue to apply which can lead to double taxation.
“Although financial emigration is an option, the ability to establish a new base in a foreign country is often beyond reach of the average salary earner, even if they are earning in a foreign currency,” Van Eeden says.
People who are currently working abroad and do not qualify for the tax exemption on their foreign income can claim the amount of tax paid in the foreign country as a credit against their South African tax liability.
Gouws says the tax credit system is complex and difficult to negotiate. In many instances it is particularly difficult to provide sufficient proof of foreign taxes having been paid.

The loss due to the cash flow and the administrative cost will have a profound effect on business should the tax credit system not run smoothly, she notes.
Sait suggests that the repeal of the exemption be postponed until the regulations required for the proper working of a tax credit system have been negotiated, promulgated, and implemented by the South African Revenue Service.
Gouws also notes in the submission to Treasury that there is no mechanism in South Africa’s employees’ tax (PAYE) legislation to take foreign payroll withholding taxes into account.
“The cash flow hardship for employees who work in foreign jurisdictions where the tax rates are not low could accordingly be severe,” she warns.
If the income tax rate in the foreign jurisdiction is 30%, the combined employee tax could be as high as 75% during the year. Taxpayers would then be required to seek refunds at year-end to reduce this double tax burden.
She suggests that the repeal of the exemption should not go ahead without the existence of a monthly tax credit mechanism against the South African employee tax.